Felix Rivera | Vote No on the Recall Campaign | Anchorage Election 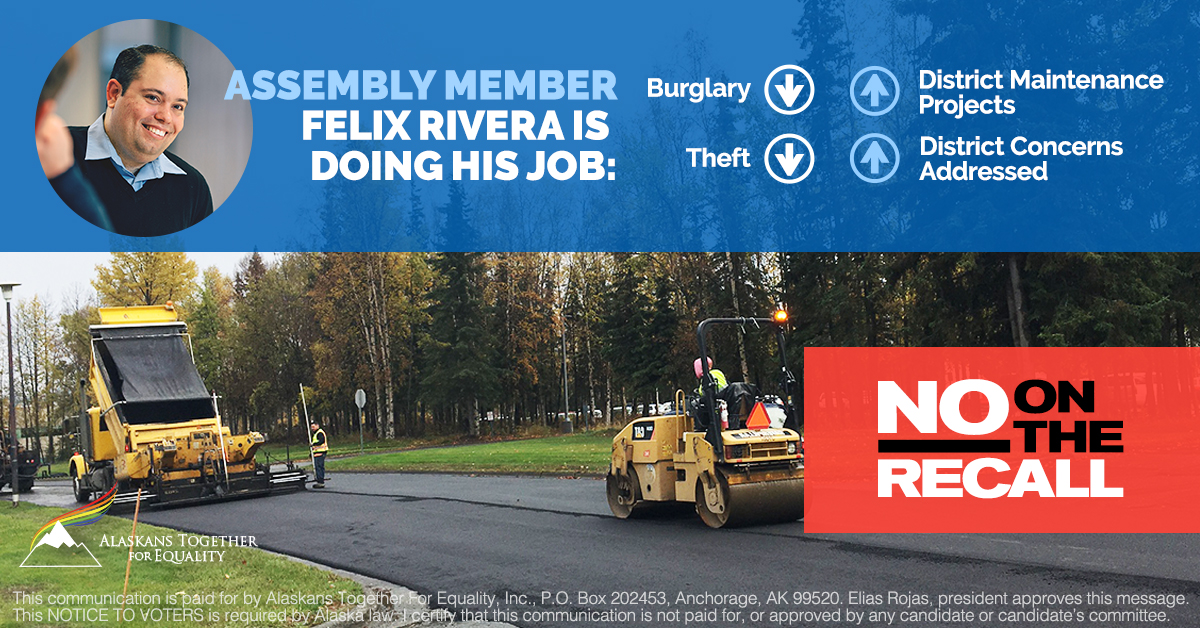 Felix Rivera has chaired the Anchorage Assembly during a year when a worldwide pandemic changed life as we knew it. Now a group of political opponents wants to punish him for taking public health and homelessness seriously… or is it not seriously enough? They can’t quite decide.

Why is Felix Rivera Being Targeted For Recall? It Depends on When You Ask.

Critics of Felix Rivera can’t make up their minds. They oppose public health measures to combat COVID-19 — but used those same measures as the basis of their recall petition. If you want to learn more about their public health concerns, good luck. All you’ll find on their website is an unflattering photo, a few vague sentences about “ruining our city,” and a “donate” button.

As the ADN put it: “Rivera’s detractors are all too happy to brand him a fascist and accost Assembly members at the top of their lungs, rather than offer the municipality a realistic alternative that accomplishes the shared goals of improvement on homelessness issues and a path to recovery from the pandemic.”

‘Recall Rivera’ is Rooted in Homophobia.

Felix Rivera is one of the estimated 25,000 Alaskans who identify as LGBTQ+, a fact that cannot be ignored — because the people who have targeted him refuse to ignore it. Felix has frequently been the target of bigoted attacks from the right-wing blogs that are helping to drive the recall effort. When recall supporters attack Felix for his sexual orientation, it’s clear that this effort is grounded in prejudice, not policy.

Felix Rivera has helped lead Anchorage through one of the most challenging years in its history. With better days finally on the horizon, it will take a unified community effort for Anchorage to recover from the COVID-19 pandemic and find solutions for homelessness, employment, and public safety. But Recall Rivera organizers are more interested in playing the blame game — and they are spending big money with an Outside agency to do it.

Recall Rivera wants you to cast a vote for... well, they don’t know quite what they’re for. They’re too busy being against things — against diversity, against compassion, and against leaders like Felix Rivera who have to make tough choices during difficult times. 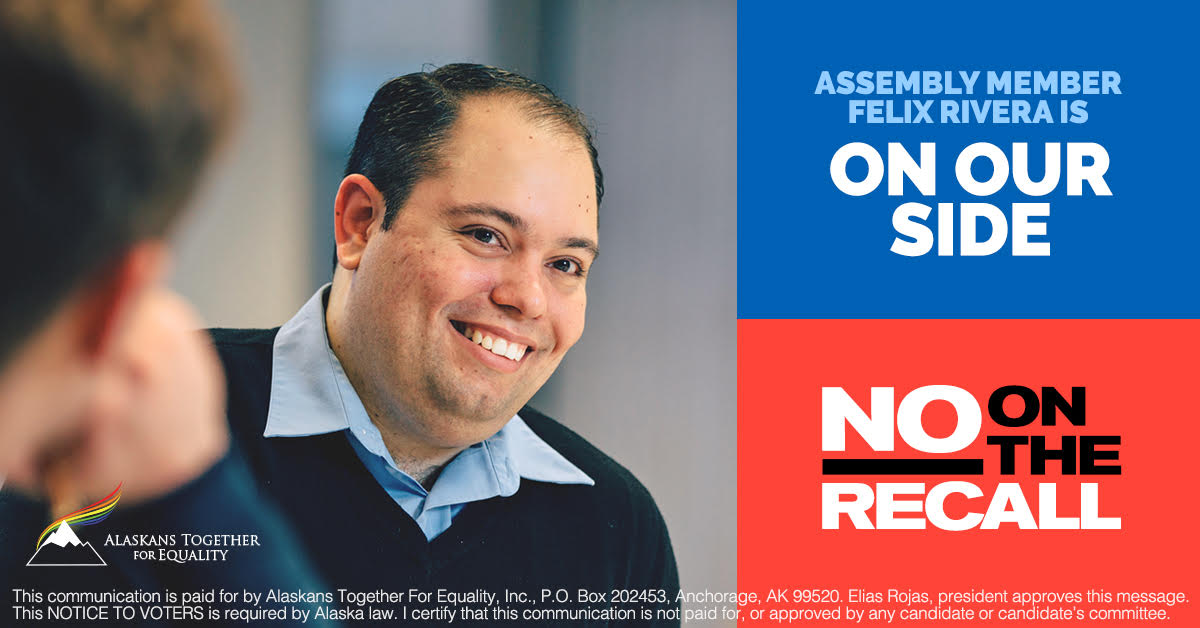 This communication is paid for by Alaskans Together For Equality, Inc., P.O. Box 202453, Anchorage, AK 99520. Elias Rojas, president approves this message. This NOTICE TO VOTERS is required by Alaska law. I certify that this communication is not paid for, or approved by any candidate or candidate’s committee.