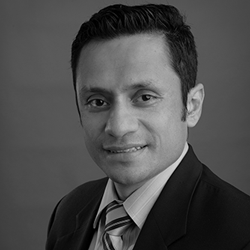 Beyond his professional career, he has worked as a community organizer across the country building an extensive background in issue-based campaigns, coalition building, public relations and all forms of media communications. Elias has been involved in politics and progressive causes for more than two decades. In 2015, also served on then Mayor-elect Ethan Berkowitz’s transition team, administrative committee. He earned a M.B.A. from Alaska Pacific University and holds a B.A. from San Diego State University. In his spare time, he enjoys playing soccer, going to the gym, learning about the latest trends in communications and marketing, and having coffee at a local coffee shop.

Elias is a founding board member of Alaskans Together For Equality, and served in a number of different capacities throughout its 10-year history. He also served on the board of Pride Foundation, a regional community foundation from 2010 - 2019. 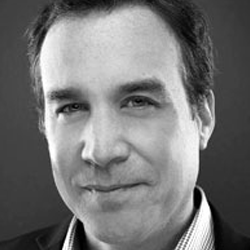 Grant was born in Hawaii, and is a 20-year Alaska resident. A well-rounded communications professional by trade, Grant is the owner of a full-service public relations and advertising firm based in Anchorage, Alaska. He has developed many campaigns throughout the state covering a variety of business, political, and social issues. In 2012, provided assistance with the communications efforts for the One Anchorage campaign. He is a proud father of three who enjoys fishing and traveling with his family. 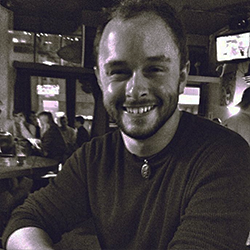 Tristan Walsh was born and raised in Fairbanks, Alaska, and is one of a set of identical triplets. He attended Monroe Catholic High School, where he became interested in human rights and social justice; this included trying to start a  gay-straight alliance (GSA) at Monroe Catholic and then, a peer-mentor group. He carried that activism into college while enrolled at the University of Alaska Fairbanks (UAF), where he helped organize the effort to amend the University’s nondiscrimination statement to include sexual orientation.

Tristan graduated from UAF in 2011 and came to Anchorage to work for a healthcare nonprofit. He loves volunteering, kayaking, camping and hiking in the Chugach, and is so lucky to live in a city and state like Alaska! 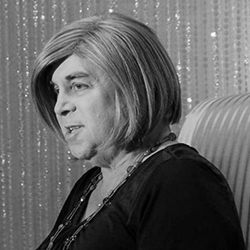 Denise Sudbeck and her wife, Aimee, returned to Alaska in 2016 as she had previously been a resident of Kodiak and Fairbanks. Soon after she returned, she became the co-chair of the 2018 Fair Anchorage campaign to protect trans rights in the present Anchorage non-discrimination ordinance and then became active in the Poor People’s Campaign and other progressive issues. As a Vietnam-era Navy veteran she is also active as an advocate for transgender veterans and active military.

Denise is a 2018 doctoral graduate of United Theological Seminary of the Twin Cities in St. Paul, MN, and the pastor of a Metropolitan Community Church in Anchorage. Her dissertation is titled Beyond Tolerance: Towards a Trans-focused Theology of Flourishing. She is also published in Gay, Lesbian, Bisexual, and Transgender Civil Rights: A Public Policy Agenda for Uniting a Divided America, Wallace Swan, ed., and The Routledge Handbook of LGBTQIA Administration and Policy, Wallace Swan, ed. She is currently writing in the fields of gender identity and addiction recovery.

Denise and Aimee spend as much time as possible fishing and camping somewhere in Alaska. 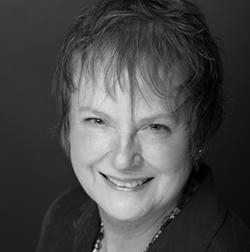 Kay has championed progressive ideals throughout a 40-year career spanning service in state government, the non-profit sector, the Democratic Party, and the media.

Brown has served as a state legislator, director of the State of Alaska's Divisions of Oil and Gas and Minerals and Energy Management, executive director of the Alaska Democratic Party, and head of a coalition of environmental organizations. A journalist by training, she has been a reporter, editor and author. 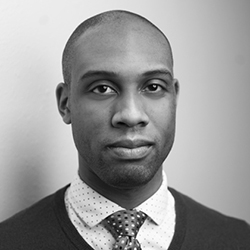 Jonathon Taylor was born and raised in Anchorage, Alaska, and is an Account Manager with a full-service public relations and marketing firm. He is a proud UAA graduate ('16) with a B.A. in Political Science; Minors in Journalism, Communication, and Economics; and a term as Student Body President. He also was a member of the world-class Seawolf Debate Team. Jonathon worked in Alaska's tourism industry before spending two-and-a-half years as Deputy Press Secretary and Communications Strategist for Alaska Governor Bill Walker, and Communications Director for the Alaska Department of Public Safety.

A classically-trained pianist, Jonathon enjoys writing and arranging music, reading, and researching in his spare time.

Do you want to help ATE advance equality for all Alaskans? Do you have experience or a skill set that can help take our board to the next level? We are seeking energetic and committed individuals to expand our board of directors. If interested, please submit your professional resume and letter of interest to info(at)alaskanstogether.org re:Board of Directors. We will be reviewing resumes and contacting qualified applicants on a rolling basis. Members of the Trans community and Women of Color are strongly encouraged to apply. The ATE board of directors is committed to diversity and ensuring all voices in our community are at the board table.