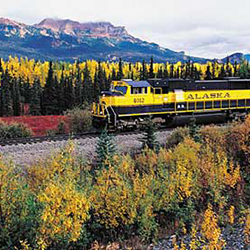 As we move into the fall months, time seems to be moving differently as new and different assaults on individual rights and freedoms are waged daily. There have been attacks on healthcare and DACA, Nazis descended on Charlottesville, executive orders increased the role to religious organizations in our political system, and there have been relentless attacks on the national LGBTQ community from the transgender ban to the Justice Department’s claim that civil rights laws don’t apply to our community.

Attempts at enshrining anti-LGBTQ legislation through discrimination came home to Alaska this July when a bathroom-monitoring initiative was added to the upcoming April 2018 Anchorage municipal ballot. Proposition 1 seeks to remove protections for our transgender brothers and sisters by undoing portions of Anchorage’s non-discrimination ordinance.

Make no mistake, this initiative is a direct attack on our entire community and would make discrimination against LGBTQ people in public spaces mandatory. The Alaskans Together board spent much of our summer working on plans to defeat this ill-conceived, hate-filled measure.

As we continue our fight, we are also working to pass (State) House Bill 184 – Alaska’s Inclusive Non-Discrimination Bill and we’ve sent out candidate endorsement questionnaires to the candidates running for Homer City Council, the Fairbanks North Star Borough, and the Juneau and Mat-Su assemblies/city council. If any of the candidates earn our endorsement, we’ll post them in late September.